Nigeria is an English speaking country located in the western part of Africa and made up of six geo-political zones. Aside from improper waste management and the pollution of water, land and air, the country faces environmental issues ranging from drought and desertification to erosions and floods. Tayo Abolarin researched on the state of environmental coverage in Nigeria by interviewing various journalists and deriving concrete fields of action from this.

An Essay by Tayo Abolarin

Nigeria is an English speaking country located in the western part of Africa and made up of six geo-political zones. Aside from improper waste management and the pollution of water, land and air common to all the geo political zones, each zone faces its own unique environmental issues ranging from drought and desertification in the extreme north to erosions and floods in the southern parts of the country. The interrelationship between the media and addressing social issues including environmental issues cannot be overemphasized. O’Shaughnessy (2008) states that the media shows the norms and realities of a society. Thus, if one wants to study and understand a society, one could turn to its media. They will reveal to us what the society feel, think and how they behave. Thereby, the media can be seen as a tool for creating and enforcing opinions of the society (Ejupi, Siljanovska,Iseni, 2014). With this in view, this article examines environmental journalism in Nigeria as a whole; the scope of environmental journalism Nigeria, its effectiveness so far, responses of NGOs and government to environmental issues in the country, the associated challenges and what can be done to improve its scope. This investigation was done by interviewing 15 environmental communication experts which include environmental Journalists and NGOs across different regions in Nigeria. Findings from the study include that environmental journalism has thrived with a slow pace in Nigeria due to many factors which include lack of funds and lack of access to environmental data. Also, lack of scientific training and education of the journalists has led to the reporting of environmental news as a straight news with low context of environmental science.

The natural environment encompasses both abiotic and biotic environment which includes climate, air, land, water, forests, the ecosystem, wildlife etc. Nature according to research by (O’Donnell& Rice, 2008) is ‘anything not made by humankind, domesticated, or cultivated`. Nigeria environment faces critical environment problems which are as a result of human abuse of the environment, and this abuse stems from ignorance of the people, poverty, and overpopulation among other factors. Some of the problems faced by the Nigeria environment are erosion, flooding, drought and desertification, oil pollution, urban decay and squatter settlement, industrial pollution and waste, municipal solid waste , loss of fauna and flora, climate change and ozone depletion.

Ogbogu (2012), Muazu and Ademoyega (2009), and Eze (2011) opines that media houses in Nigeria don’t give prominence to environmental issues, and this is based on the idea that environmental news is not ‘marketable’, hence, news articles in other beats of journalism such as politics, entertainment and economy are published every day while environmental issues in the country are not given priority once the event behind the environmental issues does not evoke human emotions and with this system of reporting, environment issues leads to relegating environmental journalism to the background. They reasoned that this stem as a result of media organizations competing with one another to capture and win the majority available audience attention within the same market. Adding an important stand to this, Gavin (2009) reasoned in his study that enough attention is not been given to environmental issues as it deserve. In his words

‘…Climate change, therefore may not be high enough on media agenda to stimulate the sort of public concern that prompts concerted political action. The media may well continue to focus its attention on health, the economy or crime, thereby drawing public attention from the issue of climate change ́

Gauging the amount of time allocated to environmental issues coverage, Tagbo (2010) also opines that there are no clear working guidelines on how the environment coverage should be covered from the reporters in particular and also from the media houses in general and as a result of this, media houses are not willingly to give adequate training to their journalists in order to improve their skills and stay up to date with the scientific data generated for the environment. Thus, there is no motivation for journalists to cover events relating to the natural environment except when it has to do with tragedy and the angle at which such tragic event would be reported won’t be centralized on the environment beat.

Tagbo (2010) gives a more vivid description of this challenge: lack of understanding of the issues of the environment makes it difficult for most African Journalists to do a good job of reporting it, being that the environment involves science. Understaffed newsrooms constitute a big challenge too, for most local journalists, the environment is a complex sciences stories that cannot be properly accommodated in their daily routine because of the deadline culture of their newsroom. According to Nehema Owusu Achiawa, a senior correspondent with a national newspaper. ́we don’t understand the science of it the way scientist do`;

The survey of Nigerian environmental journalists

What should be done to improve the future of environmental journalism in Nigeria?

Ashong, C.A. and Uduodo, A.J. (2007) Media coverage of environmental pollution as a factor in agricultural development in Niger Delta. In international journal of communication No.6 May 2007 pp 193-204

Hasan Nik, N. N. (2007) The representative of Environmental News : A comparative study of the Malaysia and New Zealand Press. An unpublished PhD Thesis submitted to the University of Canterbury

Ogbogu, M. (2012) The media and the Environment in Nigeria : A content analysis of Selected National Dailies. Journal of Communication 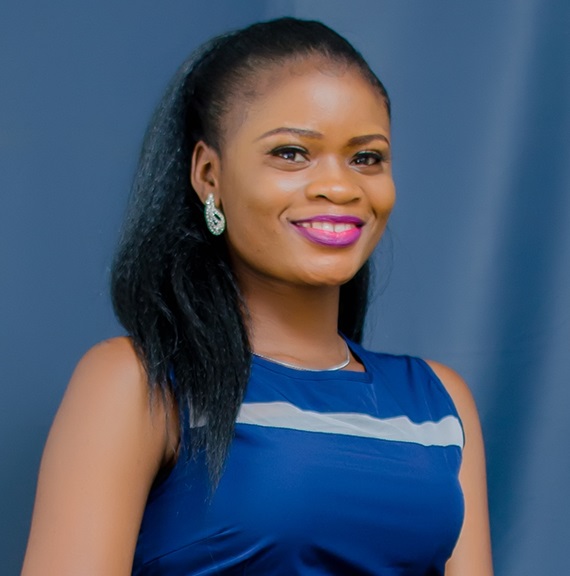 Tayo Abolarin is a Media, Technology and Society student at Hochschule Darmstadt. Prior to this, she studied at Kwara State University, Nigeria with a major in Mass Communication. She researches and writes mainly on topics such as environmental journalism, citizen journalism, the media and society. Her recent work focused on analysis of the general scope of environmental journalism in Nigeria.